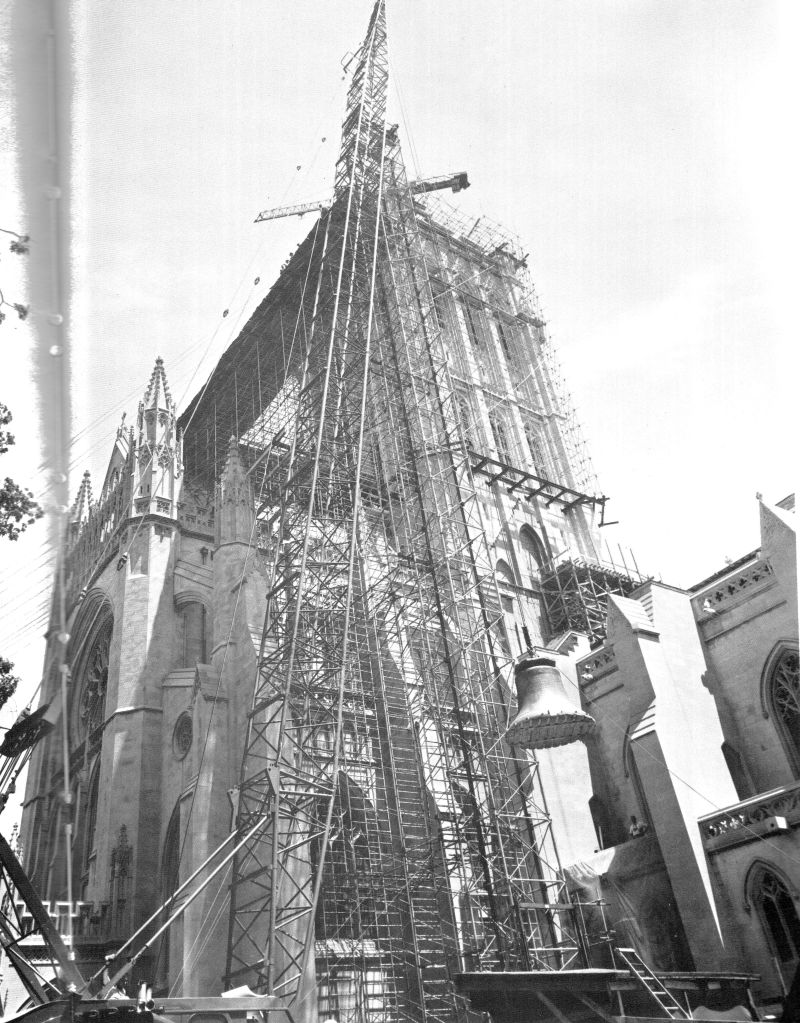 One of the most significant elements of the Tower Dedication was the introduction of the Art and Science of English Change Ringing into the artistic vocabulary of the Cathedral and the nation. When the Chapter approved moving forward with construction of the tower in 1959, Dean Sayre and the Cathedral Architect, Phillip Hubert Frohman, were adamant that, in addition to the pre-funded carillon, there should also be a magnificent set of swinging bells designed to ring changes in traditional British fashion. However, that form of ringing was, at the time, virtually unknown in the United States, practiced only by students at the Groton and Kent boys’ schools, and at the University of Chicago.

In October, 1960, Wayne Dirksen was sent to Groton to evaluate the practice first hand and determine whether it might be suitable for the Cathedral. His enthusiastic report, since republished several times in bell ringing journals, stands as one of the most articulate and vivid descriptions of change ringing ever recorded. This encouraged the Dean to move forward with acquiring and installing a set of 10 bells, seeing that they were rung by an experienced band imported from England for the Dedication, and ensuring their importance in the ongoing life and worship of the Cathedral.

Thereafter, the success and visibility of the Cathedral program and its ringers was instrumental in the subsequent growth of change ringing in North America. The North American Guild of Change Ringers was founded in 1972 and today numbers some 570 members ringing in 51 bell towers.  Here are the DC ringers in action plus more information about change ringing.