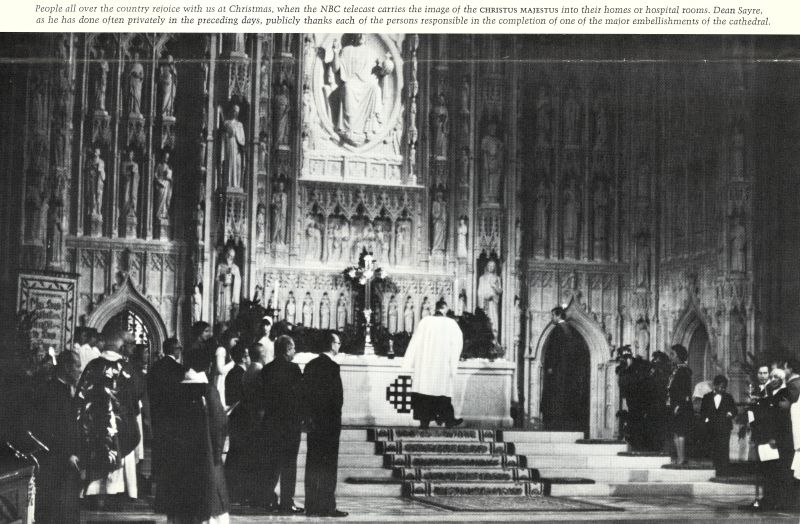 The Cathedral’s recent current leadership in broadcasting has a long history behind it. Media companies of all kinds looked to Mount Saint Alban for broadcast content early, first in radio then television, and now in internet presentation. Dirksen’s role as Precentor along with his early interest in recording and broadcast technology made him a natural producer for these events.

In earlier years these shows were pre-recorded: Here he solicits Dean Cecil Woods of the Virginia Theological Seminary for congregation members. Later, however, the Christmas telecasts were broadcast live on December 25, becoming must-see viewing for musicians across the country. 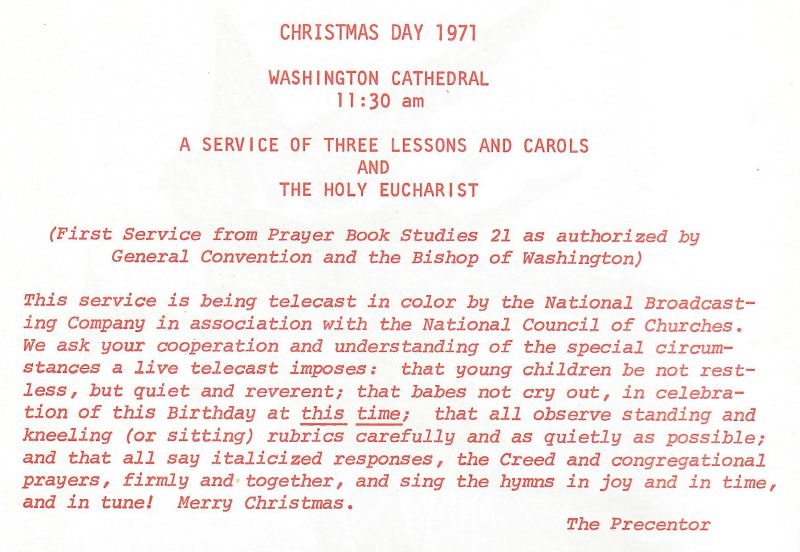 Wayne’s place was in the truck, sitting beside the director and clocking the proceedings. The goal was always to exit the one hour production as cleanly as possible, ideally with The Gifts of God for the People of God, and the start of communion. His acute awareness of liturgical time plus his dramatic sense made that possible more often than not.

He also received an Emmy award for a 1965 Lessons and Carols with the Glee Clubs. 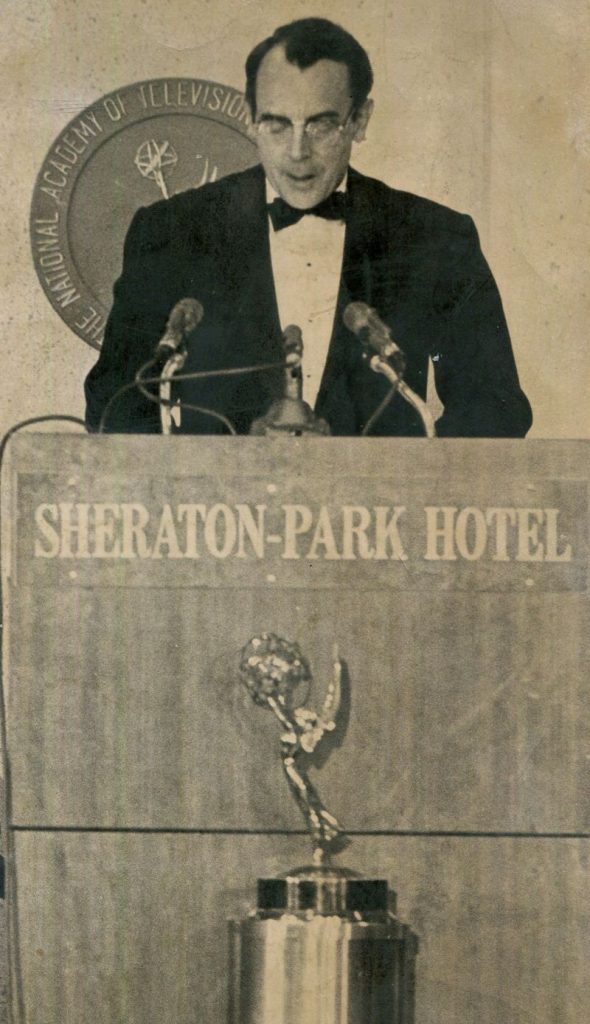