Following the installation of the two-manual Bethlehem Chapel Aeolian-Skinner organ in 1951 Wayne came into possession of several ranks of AS pipework.

He entered into a conversation with Joseph Whiteford about having his father Richard Watson Dirksen build a portative organ for his use at the Cathedral and elsewhere, and after some delays the instrument arrived in 1955.

Wayne’s own account of the instrument’s provenance, specifications & capabilities shows his pride in his father’s craftsmanship, and is a charming example of his own prose as well. 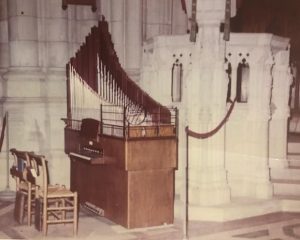 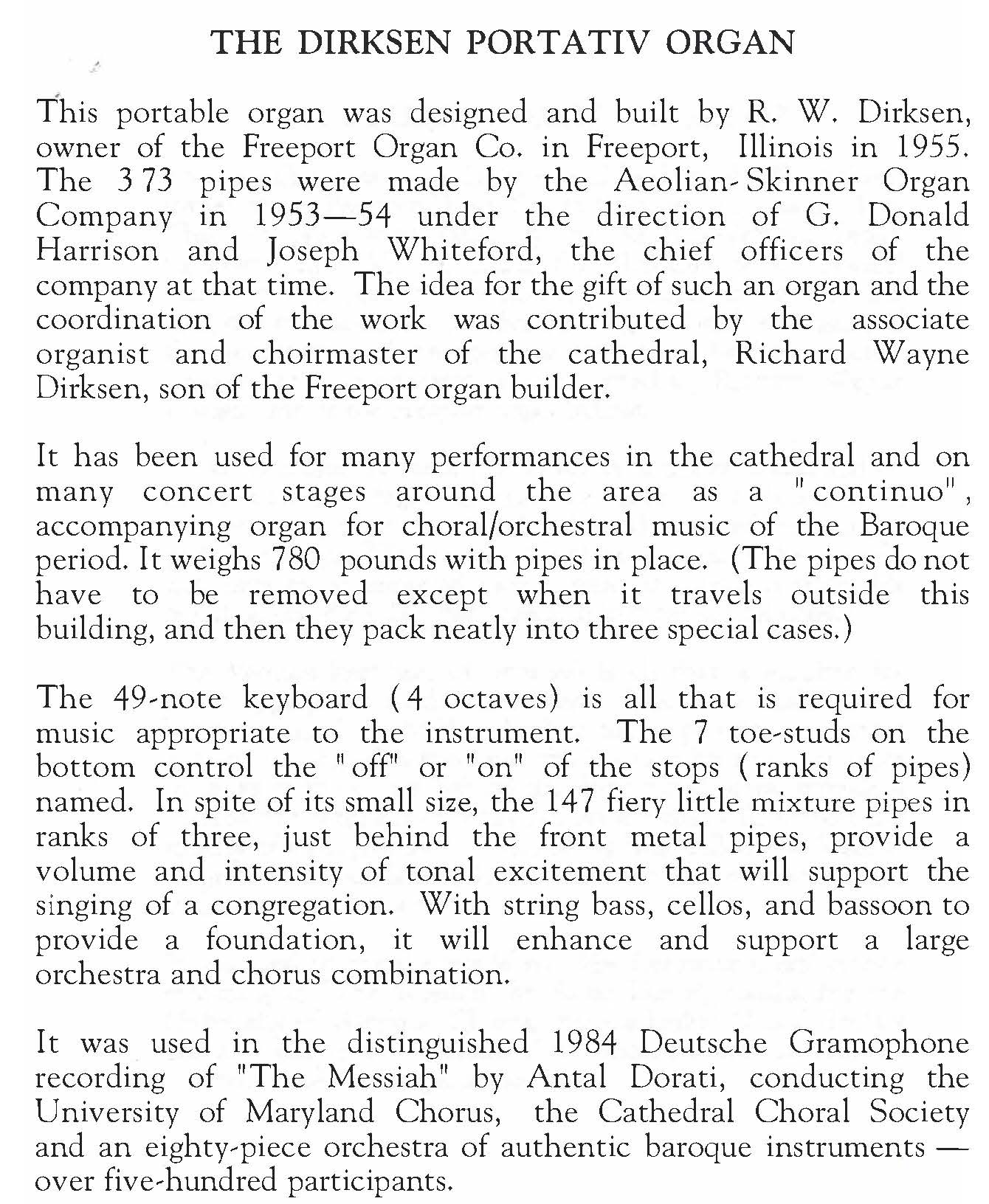 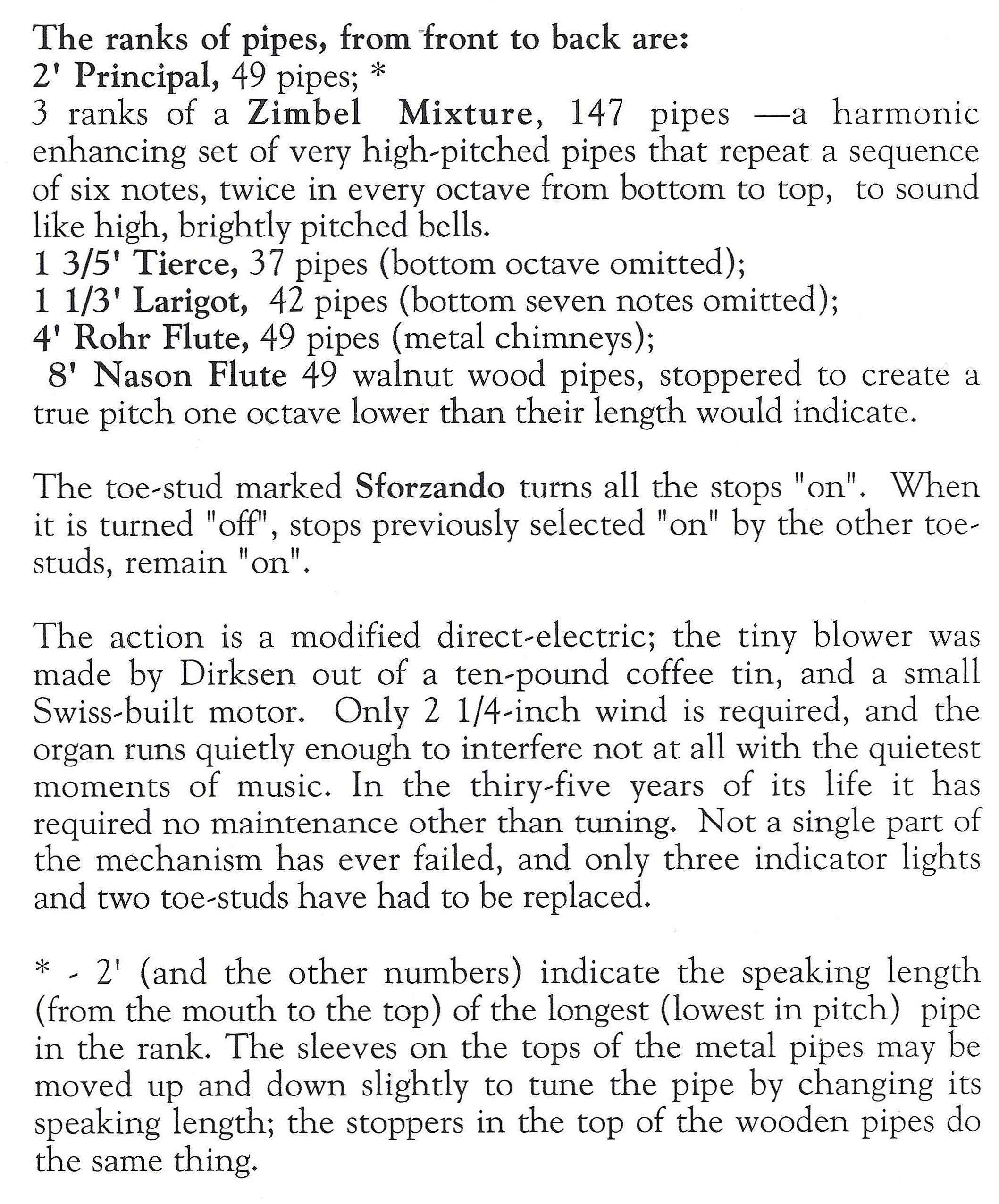 At the direction of the Dirksen family this useful little instrument was removed from the Cathedral by Buzard Pipe Organ Builders in December 2021, and after refurbishment in the Buzard shop will be at Christ Church Cathedral, Lexington for which Wayne wrote his ‘Lexington’ Te Deum.

When the organ arrived Wayne gave a full recital of manualiter pieces on it, including this performance of Handel’s Suite No. 5.  It closes with the famous ‘Harmonious Blacksmith’ Variations, and his virtuosity is on full display: He quietly lays in a continuous trill in the top voice of Variation #2 [@ 1′ 41″] in the style of late Beethoven!