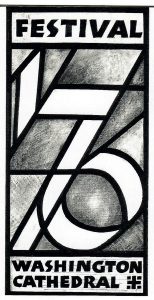 “A new opera by Gian-Carlo Menotti The Egg, was commissioned, as was a new oratorio, Poem for October, by John Corigliano. Performing groups came from abroad – Denmark, England and Norway – and from all over the United States. Weekly Sunday celebrations of each state in the Union were distinguished by guest preachers, lectors and excellent choirs from the honored states.

“Study of the five service programs reveals a breadth and variety of liturgical practice. Each might be likened to a single movement of a great symphony in five movements; the pace and orchestration of each is different. The prayers, lessons, praises and thanksgivings, whether spoken or sung, not only support the theme and preachment of each service, but all the more strengthen the whole and central theme – the revelation of so great a nave to the world’s people and their need for God’s word in every dimension.”

Notes by RWD from the commemorative two-disc Festival ’76 album circulated to donors. 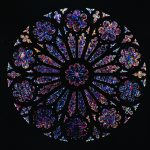 The Dedication of the West Rose Window for the Celebration of the Day of Light
Easter Eve, Saturday 17 April 1976, 4 p.m.
A service of Evensong with canticles by David McK. Williams and Dirksen’s Benedicite, organ music by Bach, and a carillon postlude from the Tower Dedication Commissions.  The Easter Vigil followed at night, still a novelty at the Cathedral. 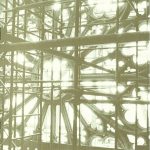 The Dedication of the Nave for the Sending Forth of the People of God
Eve of Pentecost, Saturday 5 June 1976, 6 p.m.This was principally a diocesan liturgy with music by Hassler, Ogletree and Bruckner.  The reading of Genesis 11 (the Tower of Babel) was followed by an orchestrated outburst of shouts and mutters which was silenced by the blowing of a shofar and a reading of the Decalogue in the 1928 words. 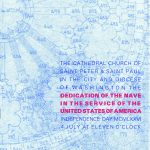 The Dedication of the Nave in the Service of the United States of America
Sunday 4 July, 1976, 11 a.m.
A Eucharist using the full Order for Morning Prayer as the Liturgy of the Word, attended by President and Mrs. Gerald Ford.  The music was entirely American: John Weaver, Robert Tate, Douglas Major, Leo Sowerby, Richard Dirksen, Ronald Arnatt, David Koehring, and Dudley Buck. 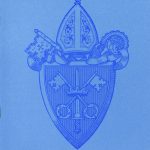 The Dedication of the Nave for the Reconciliation of the Peoples of the Earth
Thursday, 8 July 1976, 10 a.m.
The state visit of Her Majesty Queen Elizabeth I and the Duke of Edinburgh.  Participants included the University of Maryland Chorus, the United States Marine Brass Ensemble, the “Festival ’76 Chorale” (a pickup chorus led by Dirksen), and the Choir of St. Thomas Church, Fifth Avenue, New York (Gerre Hancock conducting.)  Again the music was almost entirely American: Brubeck Bernstein, Parker, Copland, Barber, Billings, Thompson, and the usual Cathedral composers. 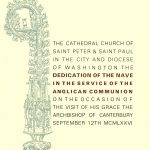 The Dedication of the Nave in the Service of the Anglican Communion
Sunday, 12 September 1976
In the presence of Donald Coggan, Archbishop of Canterbury. The liturgy used An Order for Holy Communion (Alternative Services, Series 3) authorized for trial use in the Church of England.  The music took an Anglo-American cast with settings by Bryan Kelly, Edward Bairstow and William McKie and voluntaries by T. Tertius Noble and Leo Sowerby. 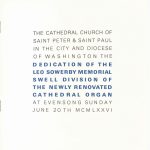 A quieter Dedication of the Leo Sowerby Memorial Swell Division marked the end of the Great Organ renovation in June. The three Cathedral Organists, Callaway, Major and Dirksen played a nice recital of Sowerby’s music. It seems that the service was sung by the men of the choir – I do not know what Howells Mag and Nunc that was! This dedication also has rare audio of Dirksen playing the organ as well as a terrific performance by Doug Major. 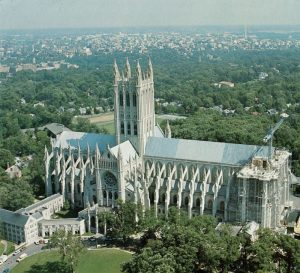 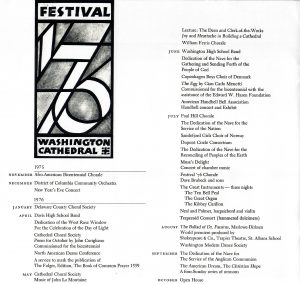 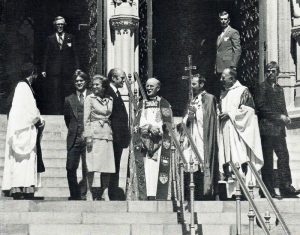 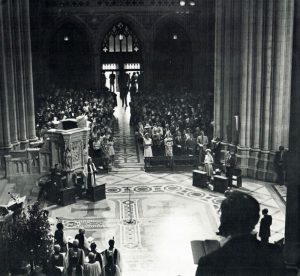 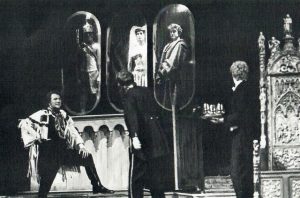 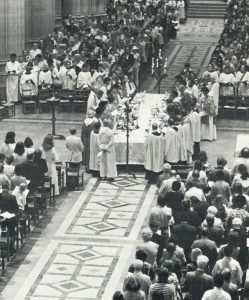