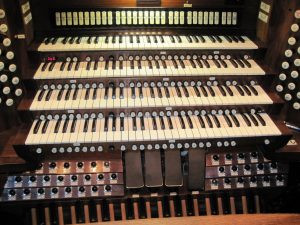 Wayne’s father Richard Watson Dirksen was the only child of Freeport’s major contractor. He demonstrated immediate facility in the manual arts and by adolescence was thoroughly familiar with the equipment of the building trades. One early job was as a projectionist at the Freeport movie theater, and when a crew arrived to install a theater organ his path in life was set.

Organ building requires a comprehensive knowledge of every building technique: electricity, metalwork, air conduiting, fine- and large-scale mechanics, cabinetry, acoustics, not to mention sales. As his son Dirksen was surrounded with these skills and that knowledge served him well. On his first morning in Baltimore to attend Peabody Conservatory in 1941 he heard a stuck note while passing a church, went in, introduced himself, fixed it, and made his first friend in town. 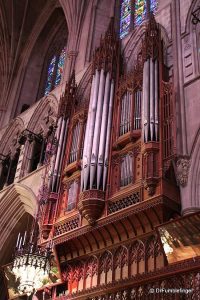 The history of the Cathedral’s Great Organ is complex and was thoroughly treated in Neal Campbell’s May 2009 article in The Diapason Paul Callaway, Roy Perry, and the Washington Cathedral Organ. Wayne’s specific contribution came in 1973-76 when the instrument was substantially rebuilt by a consortium of former Aeolian-Skinner employees. He represented the cathedral and acted as its general contractor and logistics coordinator, which was complex given that some of the organ had to be kept playing at all times. He was also heavily involved in the fundraising for the organ’s renovation. 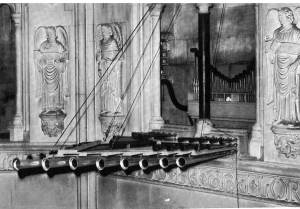 Specifications of the Cathedral Organs in 1938 and 1975 show the growth and change of the instrument. These two recordings of Eugene Gigout’s Grand Choeur Dialogué by Paul Callaway before and after the renovation demonstrate the tonal differences.

THE GREAT ORGAN BEFORE RENOVATION – 1973

THE GREAT ORGAN AFTER RENOVATION – 1976 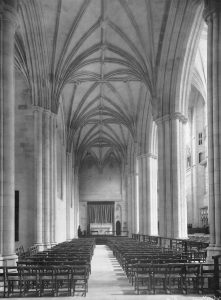 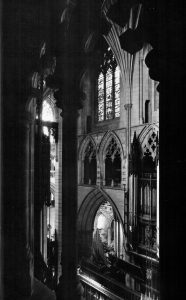 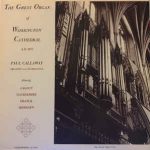