Confucius opens the show commending the battle of the sexes as an “ancient, honorable, and amiable form of warfare,” and quoting James Thurber: “AHEAD of every man, not behind him, is a woman.” Introductions to members of the Apparitions Club follow. It’s an all-male society headed by Dr. Samuel Johnson (of course) and we learn that a “Ladies Day” has been proposed. The motion passes, but not without the warning Don’t ever underestimate the power of women. We then meet pirate Captain Wm. Kidd and Signora Lucrezia Borgia. Snubbed by Underworld Society, they tango that they are Marooned and plot revenge.

Ladies Day arrives. The women enter to a stirring boogie-woogie – Where there’s a man – and Dr. Johnson encounters their leader, Elizabeth I (of course.) She tells him they wish to form an Auxiliary to the Club but is roundly rebuffed. Not all the members are opposed, however. They solicit the ladies’ advice about décor and are told (in canon) that A touch of rose will spruce the place up nicely. The Six Wives of Henry Henry Henry VIII are looking for him as well.

The ladies decide that Giving a Party for the men will be appreciated, but while they are below-decks Lucrezia, Capt. Kidd and the pirates Yo, heave ho! steal the boat with the women on board and raise the Jolly Roger to end Act I. 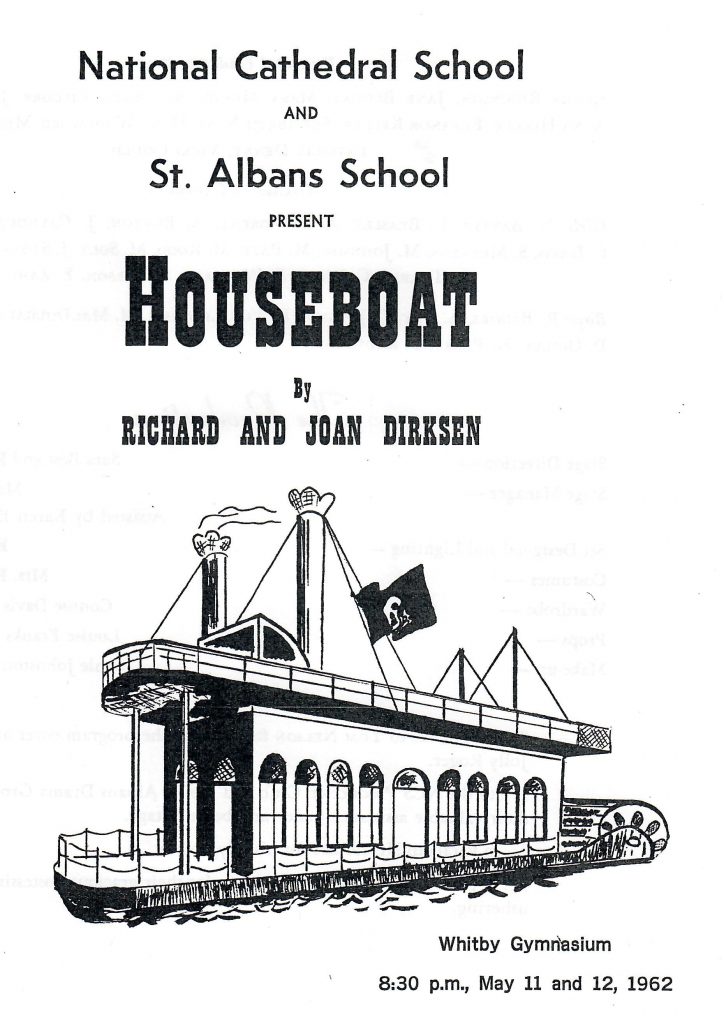 Act II The men are astounded to find the Houseboat gone, but Sherlock Holmes deduces what happened – Egad! How simple! Meanwhile on board tempers are fraying. Henry’s Wives are happy to play Monopoly, but the pirates are grumpy: Lucrezia’s Cooking Song sorts them out. The women themselves are sea-sick however, and they air joint grievances with the pirates: There’s a house and a garden and Don’t wanna go to sea no more. All agree to head Homeward bound.

When they arrive the pirates lock the gentlemen in the hold where they ruefully contemplate their fate: Sit down, boy! And when Elizabeth has them released she informs them that under English law, “Recovery of a ship from pirates on the high seas guarantees ownership.” The Houseboat and the Club now belong to the ladies, and the men are invited to form their own Auxiliary. James Thurber had it right: Where there’s a man, there must be a woman.