Act I opens in a witch’s cottage where Blackstick and her cronies are recalling old times and certain items they bestowed to local royalty: A ROSE which made the bearer beautiful (given to homely Prince Bulbo of Crim Tartary) and a RING which causes the wearer to be madly loved. This they gave to Prince Giglio of Paflagonia, and they decide to check in there to see how things are going.

The answer is poorly. They are rebuffed at the castle door by Count Gruffanuff, whose rudeness gets him turned into a door-knocker. They also discover that the craven Earl Valarosa has usurped the throne from Giglio, but Vivat Valarosa! shows that the “king” fools no one. A letter has arrived from Crim Tartary: Prince Bulbo seeks a Marriage of State with Valarosa’s daughter Angelica to whom Giglio gave his engagement RING. The Prince enclosed a photo of himself holding the ROSE which causes Angelica to break off the match with Giglio and discard his RING. 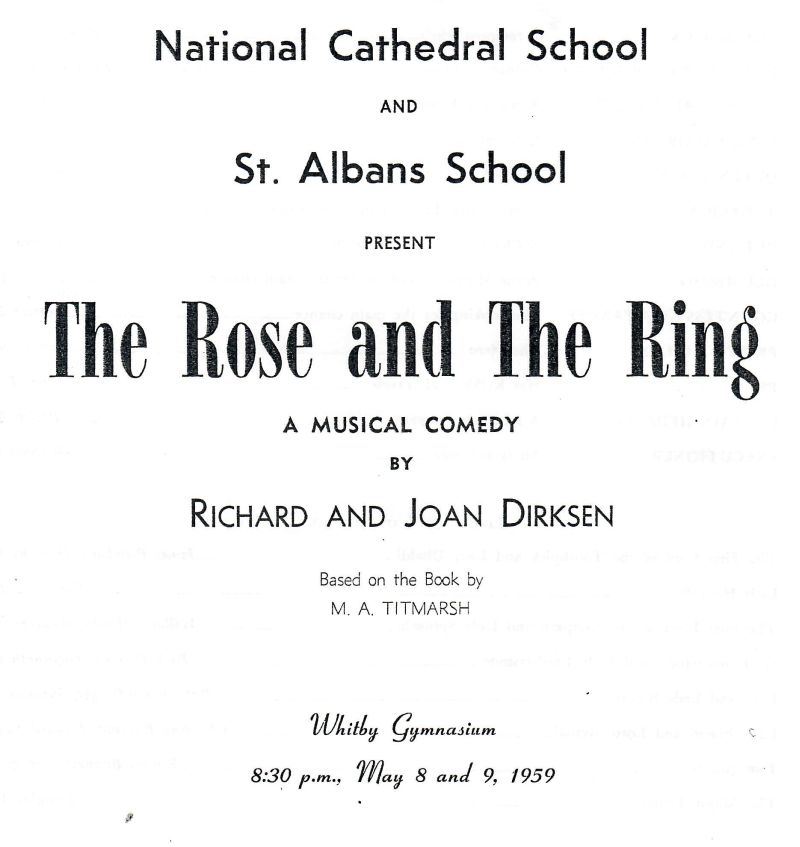 It’s picked up by Countess Gruffanuff, who is scheming with Prime Minister Glumboso for The big main chance while Valarosa tries to reassure Giglio that he’s a Lucky, lucky fellow to have Valarosa taking care of everything. The court greets Prince Bulbo with Entry fanfares, but Giglio’s ‘luck’ takes a bad turn when he spies Gruffanuff wearing the RING and immediately proposes marriage. No fool she, the Countess makes a memorandum of the commitment: Get it writing. She crows to Glumboso that her Big main chance has come at last and gives the RING away to her chambermaid, Betsinda.

The RING works at once. Betsinda finds herself besieged with suitors – Serenade for a Chambermaid – Valarosa and Bulbo ludicrously among them. Confusion ensues during which Giglio comes to her rescue, flattens Valarosa with a bedwarming pan, and flees with Betsinda. Awaking, the furious King calls for the Prince’s beheading first thing in the morning, but Gruffanuff shrewdly points out to Captain Hedzoff that he didn’t say WHICH Prince, and Act I ends with Weep for Bulbo.

We’re back at the witches cottage to open Act II and this time they channel the Andrews sisters: Remember the good old nights? Giglio & Betsinda arrive and Blackstick spots the RING. She takes it away from Betsinda, but lo! It’s true love after all. The witches encourage Giglio to return and to confront Valarosa with A little determination – and they’ll come along for the fun.
Back at the castle Bulbo’s doom is nigh but Angelica stops his execution with a reprieve. Bulbo drops his ROSE, Angelica picks it up, and he insists on getting married at once – Why is Bulbo in a tizzy? Angelica, however, is suddenly not so sure…until Blackstick gives the RING to Bulbo, adjuring him to never take it off!

Giglio handily faces down Valarosa to universal satisfaction and calls for his bride. Which of course brings Countess Gruffanuff grandly to the fore with Giglio’s own written declaration of love in hand and calling for her husband. Blackstick obliges: With a flash Count Gruffanuff is restored from knockerhood (this is most effective: we have completely forgotten him.) Prime Minister Glumboso smoothly presents the proper paperwork to Get it in writing and all Raise their glasses high to the new King and Queen of Paflagonia. 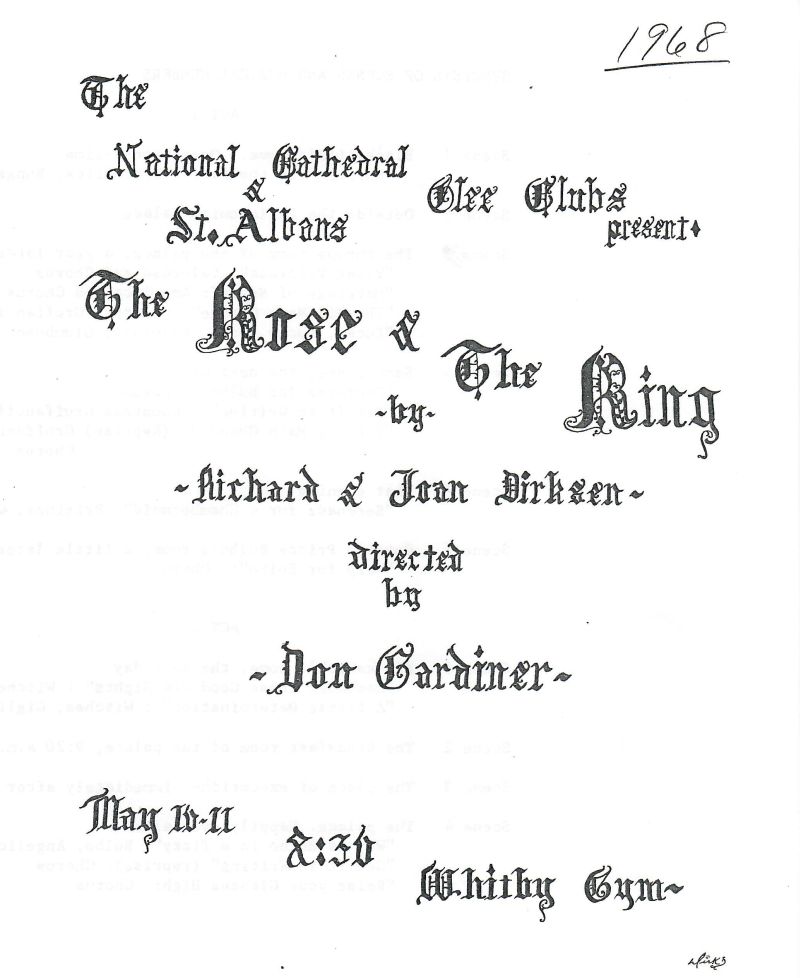