He conceived a series of four events across thirty-six hours. The natural focal point was the 83rd anniversary of the laying of the Cathedral’s Foundation Stone: September 29, 1907, the Feast of St. Michael and All Angels. 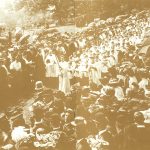 4 p.m.  Festival Evensong and A Litany of Thanksgiving for the Founders and Builders of Washington National Cathedral & Dedication of the Henry White Memorial Great Pinnacle
Quietly folded in to this assembly was a reunion of Cathedral Choir members. Wayne’s memo to them about logistics for the service found him in a jubilant mood. 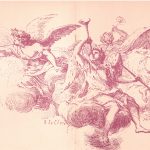 8 p.m. A Musical Offering in Thanksgiving for the Consecration of the Cathedral and Dedication of the Angel Band Sculptures on the West Towers.
This gala concert opened with Larry King’s Resurrection, and continued with pieces especially associated with the Cathedral by Bach, Vaughn Williams, Bairstow, Barber and Dirksen, a commissioned work by Ronald Arnatt, and works for carillon from the Dedication of the Gloria in Excelsis Tower. 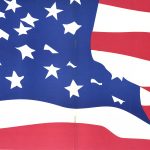 Noon  The Raising and Setting of the Final Stone and Dedication of the National Cathedral Association Great Pinnacle
President and Mrs. George H. W. Bush were in attendance, as were dignitaries from Washington, the nation, and the international community. The weather was perfect. 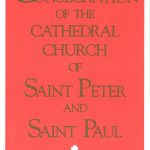 SUNDAY, SEPTEMBER 30, 1990
11 a.m.  The Consecration of the Cathedral Church of Saint Peter & Saint Paul in the City & Diocese of Washington with Litany of Thanksgiving & Holy Eucharist

Dirksen used the 1962 Consecration of Coventry Cathedral as a partial model for this liturgy. A musical highlight was the premiere of the posthumously-completed Te Deum by Herbert Howells which had been commissioned in honor of Paul Callaway.

This is the culminating moment: The Consecration itself, followed by Ralph Vaughn Williams’ Doxology.


Every aspect of these four grand liturgies, and every word of these four programs, was designed, written, edited and proofed by Dirksen. The covers were designed by Robert Barkin, and Riggs Bank funded the printing of the forty-thousand programs.